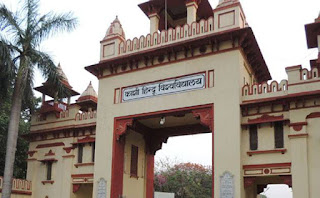 Eminent river engineer and former professor of civil engineering at IIT in the Banaras Hindu University (BHU) Prof. U.K. Choudhary has stated that the use of river technology can help resolve the Coronavirus crisis as well as the mess of Ganga river.
U.K Choudhary, who is also the founder of Ganga Research Centre at IIT (BHU), stated: "The Ganga water contains a significantly higher proportion of bacteriophages - a kind of virus that kill bacteria. Our ancient scriptures like Vedas, Puranas and Upanishads say that Ganga jal is medicinal water. Scientists later found that Ganga water has bacteriophages capable of killing pathogens."
Explaining further, he stated, "Let us analyze the source of bacteriophages. If we take three rivers of Himalayan origin having sources at different heights -the Ganga (Gomukh), Yamuna (Yamunotri) and the Sone river, we find the colours of waters are different. The whitish colour of Ganga water, greenish colour of Yamuna water and the brownish colour of Sone water is also indicative. As Gomukh is the highest among the three, its water comes from lowest depth of aquifer as compared to Yamunotri and Sone river," he explained.
Thus, the quality of river water is proportional to height of origin point. This defines the genetic character of Ganga water. The balanced flow of this water in entire length of the Ganga defines the medicinal property of Ganga water," he stated.
Prof Chaudhary said that the bacteriophages in the Ganga can curb the spread of coronavirus through soil, water and air. 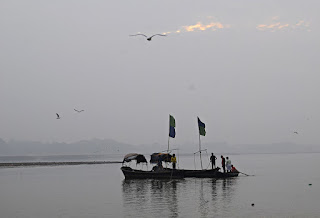 He proposed that the idea is to preserve the medicinal value of Ganga water and to use it to fight Corona. He said that this can be done by opening the gates of all the dams and barrages in a way that the discharge through each is similar to the water at Gomukh. In this way, the concentration of bacteriophage will be enhanced in Ganga water making it more effective against pathogens.
"With increasing diffusion of bacteriophages in water and soil, the spread of Coronavirus will be impacted and reduced. This methodology and technique can also help maintain the quality of Ganga water later when the problem of Corona ends," he stated.
News