Hundreds of Migrant workers assemble in Ahmedabad to leave for Bihar

Posted by Rebel Minds on May 19, 2020
AHMEDABAD MAY 20: Significantly large number of migrant workers assembled at the GMDC ground in Gujarat's Ahmedabad this morning in order to board the trains which will leave from Ahmedabad carrying the migrant workers to their native place. 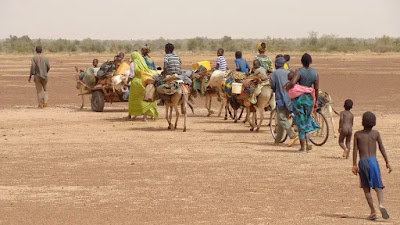 As of now a total of 15 trains will leave from Ahmedabad division carrying workers.All the migrant workers are from Bhagalpur in Bihar .Over 1,000 workers have assembled at the ground with their family as well as their belongings.
Workers said they had been informed about the train by text a message, while others stated they did not yet have permission to go or confirmation from the system. Some workers stated that the bus will arrive by 11 am to take them to the station and a train has been arranged for them at 1 p.m.
Apart from this, the migration of workers to their native places is still continuing from Delhi regardless repeated assurances by Chief Minister Arvind Kejriwal that the government will take care of their basic needs. But it seems that the statement made by Delhi CM Arvind Kejriwal have proved to be hollow, forcing hundreds of migrant workers to leave for their native place in Bihar, Uttar Pradesh, etc.
Several workers have complained that they are getting nothing to eat and since their work has stopped they are penniless and are unable to pay housing rent and they have no where to go except their homes.