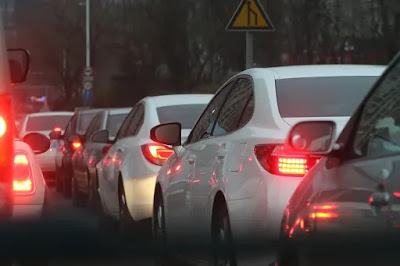 Enormous traffic jam blocked the road connecting Delhi and Gurgaon this morning after the Haryana government decided to seal the routes that go to Delhi, concerned over rising cases of the highly infectious coronavirus. Earlier this morning, hundreds of people who were prevented from crossing the Delhi-Gurgaon border protested on the road after cars were allowed to pass through the barricades unchecked.

The protesters asked why they were not permitted to move when vehicles were crossing the border freely. A group of people on cycles, mostly workers, then blocked the road for some time. The traffic came to a stop behind them and there's some disturbance.
News