Monsoon To Hit Kerela Around June 1 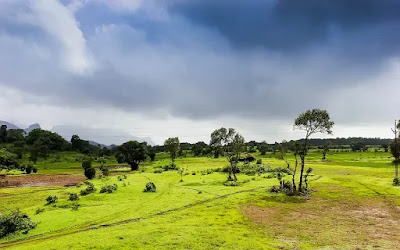 A low-pressure area is likely to form over the southeast and adjoining east-central Arabian Sea from 31st May to 4th June. In view of this conditions are very likely to become favorable from 1st June for the onset of Southwest Monsoon over Kerala, stated a Ministry of Earth Sciences today (May 28).

The southwest Monsoon proceeds further into some parts of Maldives,some more parts of south Bay of Bengal, remaining parts of Andaman Sea and Andaman and the Nicobar Islands, stated the India Meteorological Department.

The advance of Southwest Monsoon, according to the National Weather Forecasting Centre of the IMD: With the strengthening of westerlies and increase in convective clouds, the Southwest Monsoon has further advanced into some parts of Maldives-Comorin area, some more parts of south Bay of Bengal, remaining parts of Andaman Sea and Andaman and the Nicobar Islands.
The Northern Limit of Monsoon (NLM) now passes through Lat.5°N/Long.72°E, Lat.6°N/Long.79°E, Lat.8°N/Long.86°E, Lat.11°N/Long.90°E, Lat.14°N/Long.93°E and Lat.16°N/Long.95°E.

During the next 5 days, conditions are becoming favourable for further advance of Southwest Monsoon into some more parts of the Maldives-Comorin area during the next 48 hours.

Also, the IMD has made key examinations about weather conditions for the coming days:

1. Under the influence of a Western disturbance and an east-west trough in lower tropospheric levels, rain/thunderstorm accompanied with lightning, hail, and squall at isolated places very likely over Western Himalaya Region & adjoining plains during 28th-30th May 2020.
2. As a result, maximum temperatures over plains of north India and central and west India very likely to fall by 3-4°C during the next 3-4 days. Hence the prevailing heatwave conditions are very likely to occur at isolated pockets of northwest & central India on today and abate thereafter.
3. Heavy to very heavy rainfall at isolated places over Tripura and Mizoram during the next 24hours and Heavy rainfall over Assam and Meghalaya. Heavy rainfall at isolated places over parts of south peninsular India from 28th-31st May 2020 with isolated Heavy to Very Heavy Rainfall over Kerala and Lakshadweep during 30th-31st May 2020.
News