Posted by Rebel Minds on May 14, 2020
This is a fascinating question at this point, which is quite difficult to answer from a scientific view. Cannabis has been used for medical purposes for thousands of years yet there stays very few scientific studies that can demonstrate that cannabis treats specific medical conditions.There is a global wave of legalisation of cannabis based on its medical benefits. Cheered by affluence in the Western countries,cannabis supporters are hustling for its legalisation  in India. 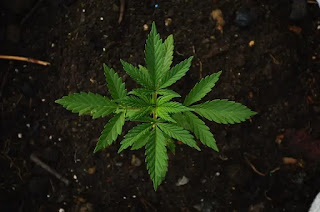 The premature reports regarding the use of cannabis in India come from Atharva Veda, written around 1900-1400 BCE. Its plants has been used for manufacturing clothes, paper and ropes.
Marijuana is one of the members of the cannabis family and contains chemicals with ranging degrees of psychological properties. While marijuana induces some intense psychoactive effects, hemp is low on that. Ganja and charas are well known to cause hallucination, temporary loss of senses and funny conduct.

Does it even have any health benefits?

It is proposed that cannabis controls nausea and vomiting. But studies have shown that there is no significant benefit of cannabis derivatives over available drugs. Fewer studies showed beneficial effects of cannabis in a small percentage of extremely  rare form of epilepsy and multiple sclerosis.
In brief, its medical benefits aren't as strong as presented by the promoters of legalisation, much safer alternatives are available in the market. The US FDA has approved cannabis as a treatment of only very rare type of epilepsy.

India seems to struggle controlling the three addictive substances namely tobacco,alcohol and areca nut. Tobacco itself kills around 1.5 millions Indians every year. Approximately 30% of India's adult use alcohol, which leads to 3.5 million deaths every year. So addition of cannabis to already accumulating death rates in India is highly unlikely.

P.S: This article is not in favor of promoting consumption of drugs and alcohol.