US delist CHINESE companies from US Stock Market: Bill Passed 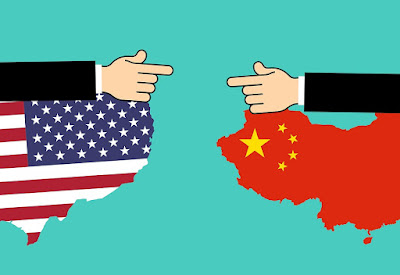 As dispute of words over the spread of coronavirus continues to strain geo-political relations between the US and China, the former has taken big action. The US Senate has passed a bill that could prevent some Chinese companies from listing their shares on US exchanges unless they follow standards for US audits and regulations. Also ,according to Bloomberg, nearly 800 Chinese firms are expected to delist from American bourses.

The bill looking to delist chinese companies from US Stock Market was introduced by John Kennedy, a Republican and Chris van Hollen,a Democrat. The bill was passed unanimously. It would also require companies to certify that they are not under foreign government's control.

"The Chinese Communist Party cheats, and the Holding Foreign Companies Accountable Act would stop them from cheating on U.S. stock exchanges," Kennedy tweeted on Tuesday. "We can't let foreign threats to Americans' retirement funds take root in our exchanges.

Donald Trump and other officials in his administration insist that China botched the novel coronavirus during the early weeks of an outbreak that has spread into a global pandemic that has killed more than 320,000 people and cratered global economies.