8,000 Jharkhand Workers to be Called up to Build Roads Near China border in Ladakh 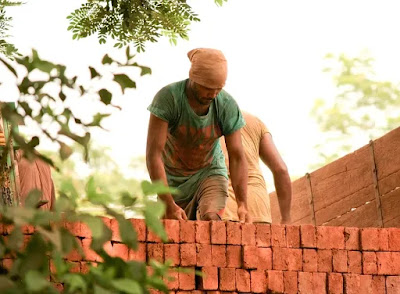 Approx 11,000 workers from Jharkhand will be called up to build critical projects, falling under areas near the China border in Ladakh as Chief Minister Hemant Soren has given permission to the Border Roads Organisation (BRO) to enlist labourers on the assurance of better wages and other benefits.

"We are committed to the welfare of our workers and our tribal brothers have long served the nation and built its frontiers. We are ready to send our workers in the interest of national security but will not allow any compromise of their honour, welfare rights, benefits and dignity," Soren stated.

"National security is our priority and at the same time we have prioritised that the honour, dignity and rights of our workers are guaranteed while serving the nation," he further added.
The Chief Minister approved BRO's hiring drive after the latter assured safeguards for workers on key aspects such as wages, accommodation, rations, clothing and injury benefits, sources in the Jharkhand Chief Minister's Office (CMO) stated.

The BRO had sought for recruitment of as many as 11,815 workers for several projects in Ladakh, Himachal Pradesh, Uttarakhand and Jammu and Kashmir.
Of the total 11,815 workers, about 8,000 are required for Operation Vijayak in Ladakh whereas the remaining labourers are needed in Project Shivalik in Uttarakhand, Project Deepak in Himachal Pradesh and Project Beacon in Jammu and Kashmir.
News