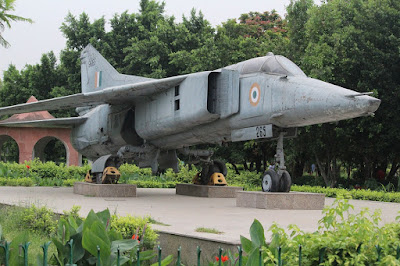 In between growing tensions along the borders with Pakistan along with the standoff between Indian and Chinese troops on the Ladakh LAC, Indian Air Force (IAF) has started building an emergency airstrip side by side to a stretch of Srinagar-Jammu highway in southern Anantnag district.

The sources stated that it would be a 3-kilometer long runway adjacent to the National Highway 44 in Anantnag's Bijbehara area which is being dropped on war footing. 'On completion, it will serve as an alternate runway facility for fighter jets in case of any emergency,' the sources stated.

As seen, since virtual lockdown continues to be in force in the Valley since March 19 to stem the spread of COVID-19, the anxious authorities have following a request from the IAF issued special passes to construction workers and trucks for carrying the required material to the site of the suggested airstrip.
News