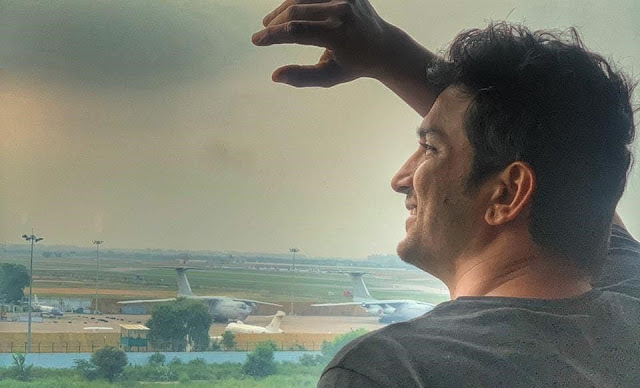 The passing of Sushant Singh Rajput shook me to the core. It's so unjustifiable, the manner in which he went. I adored Hindi film for its show, narrating, festivity, vibrance, tunes, move, everything. I joined social platforms just to watch the on-screen characters intently a considerable lot of who I have unfollowed in recent days.

I have no clue about how these folks can return to their typical day by day schedule after such unfortunate loss of a partner. I have lost all adoration for them. Before I witness their forwardness I expect to stop Instagram.

Not that we were unaware of the messy stunts of Bollywood however to see it influence somebody to the degree of driving him to self destruction is inexcusable. Like Shekhar Kapoor said "Cut down the framework", I promise to never watch films/shows of these killers. #Karan Johar #YRF #Salman Khan

These folks merit all the reaction for what they by and large did to Sushant and others. Being snarky on camera, rating each other's work and looks has been standardized due to obnoxious shows like Koffee With Karan and other visit/radio shows. Never watching them again. 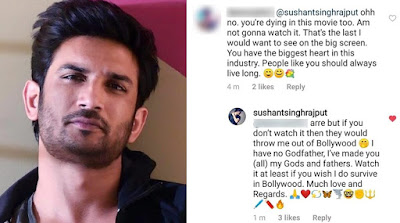 The pundits and media are inconsiderate and one-sided, biased. Grant shows have been uncovered by celebs themselves. I don't have a clue to what extent this open fierceness will last, what number of from the business will share their trials and in the event that anything will ever change however Bollywood will never be equivalent for me.

Celebs posting on #SushantSinghRajput plz SHUT UP. I recall path back when Dhoni discharged, on-screen character Rajat Kapoor offered a terrible remark on Twitter on Sushant's looks. Kareena on a talk show transparently exhorted Sara not to date him.


Numerous celebs on Koffee with Karan scowled when they were approached to 'rate' Sushant on hotness meter/as an entertainer. KWK is tied in with being mean and terrible and a large portion of these celebs lecturing thoughtfulness today have showed up on that appear and expressed mean things.