Amid Protests,Donald Trump Declares He is President of Law and Order 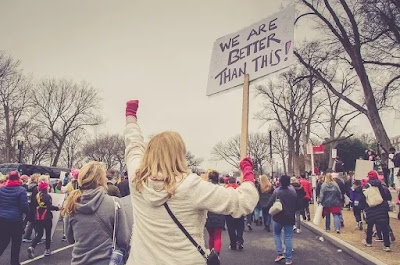 Amid the racial unrest across the nation,President Donald Trump on Monday proclaimed himself "the president of law and order" and threatened to deploy the United States military to American cities to quell a rise of violent protests.

As Donald Trump spoke, an incredible TV split screen developed around the White House. While he addressed the nation in the White House's idyllic Rose Garden, a series of military vehicles rolled out front on Pennsylvania Avenue and military police and law enforcement clashed with protesters at Lafayette Park.

Trump stated he would mobilize "thousands and thousands" of soldiers to keep the peace if governors did not use the National Guard to shut down the protests.

The officials stated that some of the National Guard in DC will be armed and others will not. They stated that the DC guard members do not have non-lethal weapons. The military police that are visible in the city are members of the Guard.
Global