Posted by Rebel Minds on July 20, 2020
Top executives at companies including aluminum giant United Co. Rusal, as well as billionaire tycoons and government officials began getting shots developed by the state-run Gamaleya Institute in Moscow as early as April, the people said. They declined to be identified as the information isn’t public. 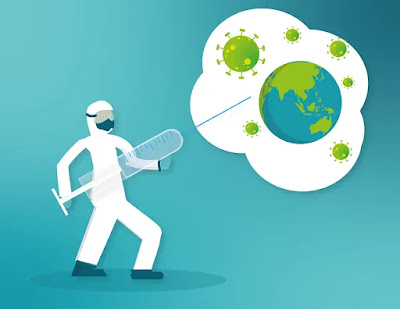 The Gamaleya vaccine, financed by the state-run Russian Direct Investment Fund and backed by the Defense Ministry, last week completed a phase 1 trial involving military personnel. The institute hasn’t published results for the study, which involved about 40 people, but has begun the next stage of testing with a larger group.
Gamaleya’s press office couldn’t be reached immediately for comment. Kremlin spokesman Dmitry Peskov, who recovered from Covid-19 after being hospitalized with the virus in May, said he doesn’t know the names of anyone who’s received the institute’s vaccine.
Asked on a conference call with reporters on Monday if President Vladimir Putin had taken it, Peskov said: “It probably wouldn’t be a good idea to use an uncertified vaccine on the head of state,” adding that he wasn’t aware of other officials trying it.
Peskov’s comments followed a Health Ministry statement that said only participants in Gamaleya’s trials are currently eligible for the jabs.
While the new shots are “safe” because they’re based on proven vaccines for other diseases, their effectiveness has yet to be determined, according to Sergei Netesov, a former executive at Vector, a state-run virology center in Novosibirsk, Siberia, that’s also working on an inoculation.
“Those who take it do so at their own risk,” Netesov said.
Russia has reported more than 750,000 cases of Covid-19, the fourth-largest total in the world, and Gamaleya’s program is on a faster track than many developers in the West. RDIF chief Kirill Dmitriev said last week phase 3 trials will start Aug. 3 and include thousands of people in Russia, Saudi Arabia and the United Arab Emirates, with the vaccine distributed nationally as early as September. Western researchers typically run phase 3 trials for months to better understand safety and effectiveness.