Sam "The Brave" Manekshaw not forgotten

Posted by Rebel Minds on July 06, 2020
Field Marshal Shamsherji Hormusji Framji Jamshedji Manekshaw, MC (03 April 1914 – 27 June 2008), popularly known as Sam Bahadur (“Sam the Brave”), was an Indian military leader who was the first Indian army officer to be promoted to the five-star rank of field marshal. His distinguished military career spanned four decades and five wars, beginning with service in the British Indian Army in World War II. Manekshaw rose to become the 8th Chief of Army Staff of the Indian Army in 1969 and under his command, Indian forces conducted victorious campaigns against Pakistan in the Indo-Pakistani War of 1971 that led to the liberation of Bangladesh in December 1971. 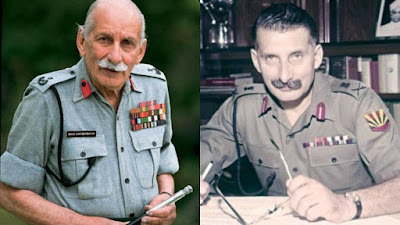 Manekshaw was born in Amritsar, Punjab to Parsi parents, Hormusji Manekshaw, a doctor, and his wife Heerabai, who moved to Punjab from the small town of Valsad on the Gujarat coast. After completing his schooling in Punjab and Sherwood College, Nainital, and achieving a distinction in the School Certificate Examination of the Cambridge Board at the age of 15, he asked his father to send him to London to become a gynecologist. When his father refused to send him until he was older, in an act of rebellion, Manekshaw took the entrance examination for enrollment into the Indian Military Academy (IMA) at Dehradun. He was successful and as a result, became part of the first intake of 40 cadets on 1 October 1932. He graduated from the IMA on 4 February 1934 and was commissioned as a second lieutenant in the British Indian Army (which later became the Indian Army after Independence).

Manekshaw recalled that his years at the college had prepared him for war as they had taught him to live alone and independently, to fight without relent, tolerate hunger for long periods and to hate his enemy. 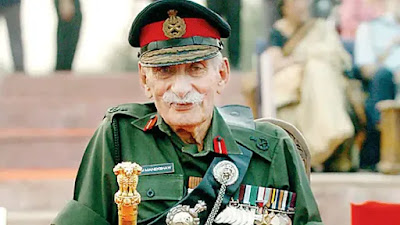 On commissioning, as per the practices of that time, Manekshaw was first attached to the 2nd Battalion, The Royal Scots, a British battalion, and then later posted to the 4th Battalion, 12th Frontier Force Regiment, commonly known as the 54th Sikhs. During World War II, the then-Captain Manekshaw saw action in Burma in the 1942 campaign on the Sittaung River with the 4/12 Frontier Force Regiment and had the rare distinction of being honored for his bravery on the battlefield.

Manekshaw attended the 8th Staff Course at Command and Staff College, Quetta, from 23 August to 22 December 1943. He was then posted as the brigade major of the Razmak Brigade, serving in that post until 22 October 1944 when he was sent to join the 9th Battalion, 12 Frontier Force Regiment in Burma, as part of General William Slim’s 14th Army. Towards the end of World War II, Manekshaw was sent to serve on General Daisy’s staff in Indo-China where, after the Japanese surrender, he helped repatriate over 10,000 former prisoners of war (POWs). He then went on a six-month lecture tour to Australia in 1946, and after his return was promoted to the rank of lieutenant-colonel, serving as a first-grade staff officer in the Military Operations Directorate. 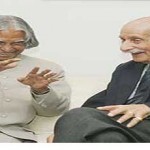 Upon the Partition of India in 1947, his parent unit – 12th Frontier Force Regiment – became part of the Pakistan Army (rechristened Frontier Force Regiment), and so Manekshaw was reassigned to the 16th Punjab Regiment, before being posted to the 3rd Battalion, 5th Gorkha Rifles, which he was detailed to command. The tumultuous events of partition required Manekshaw’s retention in army headquarters as a lieutenant colonel in the Military Operations Directorate, though, and because of this he subsequently missed his chance to command an infantry battalion as he was later promoted to brigadier, becoming the first Indian Director of Military Operations. The appointment of Director of Military Operations was upgraded first to major general and later to lieutenant general and is now termed Director General Military Operations( DGMO).
Manekshaw died at the Military Hospital in Wellington, Tamil Nadu, on 0030 hours, 27 June 2008 at the age of 94. Since then, 16 December is celebrated each year as "Vijay Diwas" in memory of the victory achieved under Manekshaw’s leadership in 1971. A postage stamp depicting Manekshaw in his field marshal’s uniform was released by President Pratibha Patil.
The most popular and respected Indian General he never minced words and one can never forget his quote, “A ‘Yes man’ is a dangerous man. He is a menace. He will go very far. He can become a minister, a secretary, or a Field Marshall but he can never become a leader nor, ever be respected. He will be used by his superiors, disliked by his colleagues, and despised by his subordinates. So discard the ‘Yes man’.”
Here we came across a video where he was interviewed: