THIS SHOULD NOT GO UNNOTICED: VIOLENCE AGAINST WOMEN SURGE DURING LOCKDOWN 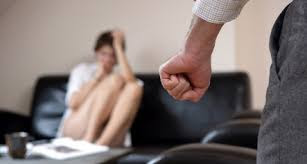 "There is a war in our homes, more than 8,500 women were killed by their spouses and their family member and 1,03,272 cases of domestic violence were reported in 2018 (NCRB 2018). Domestic violence is a reality that existed prior to coronavirus (COVID-19), and has intensified as a result of the lockdown because women are locked in with their abusers 24x7, their housework and care work responsibilities have increased and all the stress and tensions are released on women," said Anuradha Kapoor, Director of Swayam, an NGO based in Kolkata. "

"The kind of violence that is now being meted out to them is much more severe. We had a woman locking herself up in a room and asking us to call the police to rescue her because she feared for her life. Another woman who was pregnant was beaten up so badly that she fled the house with her 5-year-old daughter and walked to her parent's home in the middle of the night. Young girls have also been reaching out for help because they are being abused by their brothers/fathers," she further added.

As we see, from January 1 to April 23, the level of domestic violence at home cases out of them all-out cases enlisted with OSCs was 40% in January, 68% in February, 61% in March, and bounced to 89% in April.

As per the yearly report for 2019-20 on One-Stop Centers in Telangana, of the 8,410 cases enrolled in the State, the most elevated number of cases were enlisted in Medchal-Malkajgiri area (1,193), trailed by Rangareddy (894) and Hyderabad (614), highlighting the biggest grouping of revealed cases in urban bunches.

"The NCW is working for the wellbeing and empowerment of women so they can reach us anytime, any day," Rekha Sharma (NCW chairperson) added.
What should victims do when they are assaulted?

What victims of domestic violence must remember is, to not blame themselves for what is happening to them. Violence is unacceptable and the perpetrator is 100 percent responsible. Victims must not make excuses for the actions of the perpetrators, as there are none. Acceptance of such actions may lead to a vicious cycle of abuse.

* The option of reporting domestic abuse to the police is always available. However, if the victim does not intend on that course of action, they can create a safety plan for themselves, with a safe word to alert people they live with when faced with a threatening situation.

* It is advisable to keep a friend, family, neighbor, or someone in proximity informed in case of escalating risk. It is also helpful to discuss this with a trusted family member/s or friends and build perpetrator accountability. There are also a number of helplines for domestic violence and free online counseling websites that victims can use for relief.

Also,
National Commission for women has launched a 'WHATSAPP NUMBER' for help and assistance to women experiencing Domestic Violence in the wake of #Covid19Lockdown.

Note: this number is for Whatsapp SMS alert only till the COVID19 lockdown remains and till office resumes.