China's rise and role of India in the global order

Posted by Abhishek Tripathi on September 04, 2020 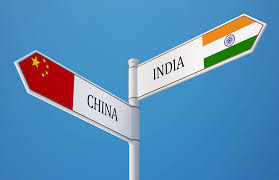 China as a country has always portrayed an image of a non-lethal state and as a destination of a strong labor force and a hub of technological innovation. It has also been considered as a viable option for a sustainable economy market in the world after the US.

Though the hegemony of the US has been withstanding for a long period of time post the cold war, the Chinese regime has played a deceptive game with an expansionist design in the past decade. Not just India, China has disputed boundaries with 17 other countries where it claims to have its footprint on the basis of its dubious historicity. The Belt and Road Initiative was once seen as a bid to enhance regional connectivity and build new supply chain models for promoting low trade cost and international collaboration. This Initiative has taken a crafty turn and is now being viewed under the lens of putting developing countries under an unsustainable debt trap and accepting China’s hegemony as an authoritarian World power. China is also raising its dominance in the South China Sea by building on military bases on artificial Islands

The pandemic is fueling in aiding China’s agendas as a superpower as the US, a global leader has failed to deliver at this critical juncture and is building on isolationist policies under Trump’s government. The leadership vacuum created by the US is being filled up by China. Countries have started moving out their supply chains towards Taiwan and Bangladesh amidst the ongoing trade war and also due to the spotlight which China brings by non-transparency over the origin of the Covid-19 virus. This said it is still difficult to remove an entire ecosystem out of China as it has taken years of trade negotiations and market building.

India has a very crucial role to play in the current world economy along with essential choices to make. With the onset of the fourth industrial revolution in order, power is on the anvil of technology.  India needs to buckle up to the technological challenges and utilize its workforce in the digital world through skill training and innovation labs. The ease of business and supply chain for disruptive markets should be well placed and supported through incentives. India should continue building on Infrastructure for the markets to thrive. Also, it should strengthen its labor laws to utilize its workforce and capitalize on the business distribution taking place amidst the US-CHINA trade war and the ongoing pandemic situation. A strong emphasis should be laid on tapping into the soft power which India possesses diverse cultures and heritage such as nature-based Ayurveda cure, handicrafts, textiles, and toys. Domestic markets should be made robust so that India does not fall prey to international trade agreements.

The geopolitical tension has been escalating between India and China after standoff in the Doklam and the Galway valley and is hitting furthermore on the vulnerability India poses amidst the pandemic. India should build on a robust mechanism of diplomacy on border issues and also raise an alarm in the intergovernmental forums. 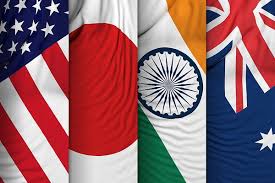 An alternative is being looked up to balance the Chinese hegemony by reopening the dialogues between the QUADS i.e. India, Japan, Australia and the US. The Quads share common principles of Democracy and align with values that can be tapped to counter Chinese dominance. Other countries that should be involved are New Zealand, South Korea, and Vietnam that can be matured into an idea of Quad +.

Last but not the least the role of Inter-governmental an organization such as the UN, World Bank should be clearly defined in terms of arbitration and handling conflicts arising in trade wars, geopolitical tensions and implementing global health policies.